This pack is part of the Rapid Breach Response pack.

On January 14th, 2022, reports began on a malware operation dubbed "WhisperGate" targeting multiple organizations in Ukraine.
CVE-2021-32648 vulnerability has a CVSS score of 9.1 and was found in octobercms, which is a CMS platform based on the Laravel PHP Framework.
In affected versions of the october/system package an attacker can request an account password reset and then gain access to the account using a specially crafted request.
The issue has been patched in Build 472 and v1.1.5.

The playbook includes the following tasks:

Note: This is a beta playbook, which lets you implement and test pre-release software. Since the playbook is beta, it might contain bugs. Updates to the pack during the beta phase might include non-backward compatible features. We appreciate your feedback on the quality and usability of the pack to help us identify issues, fix them, and continually improve. 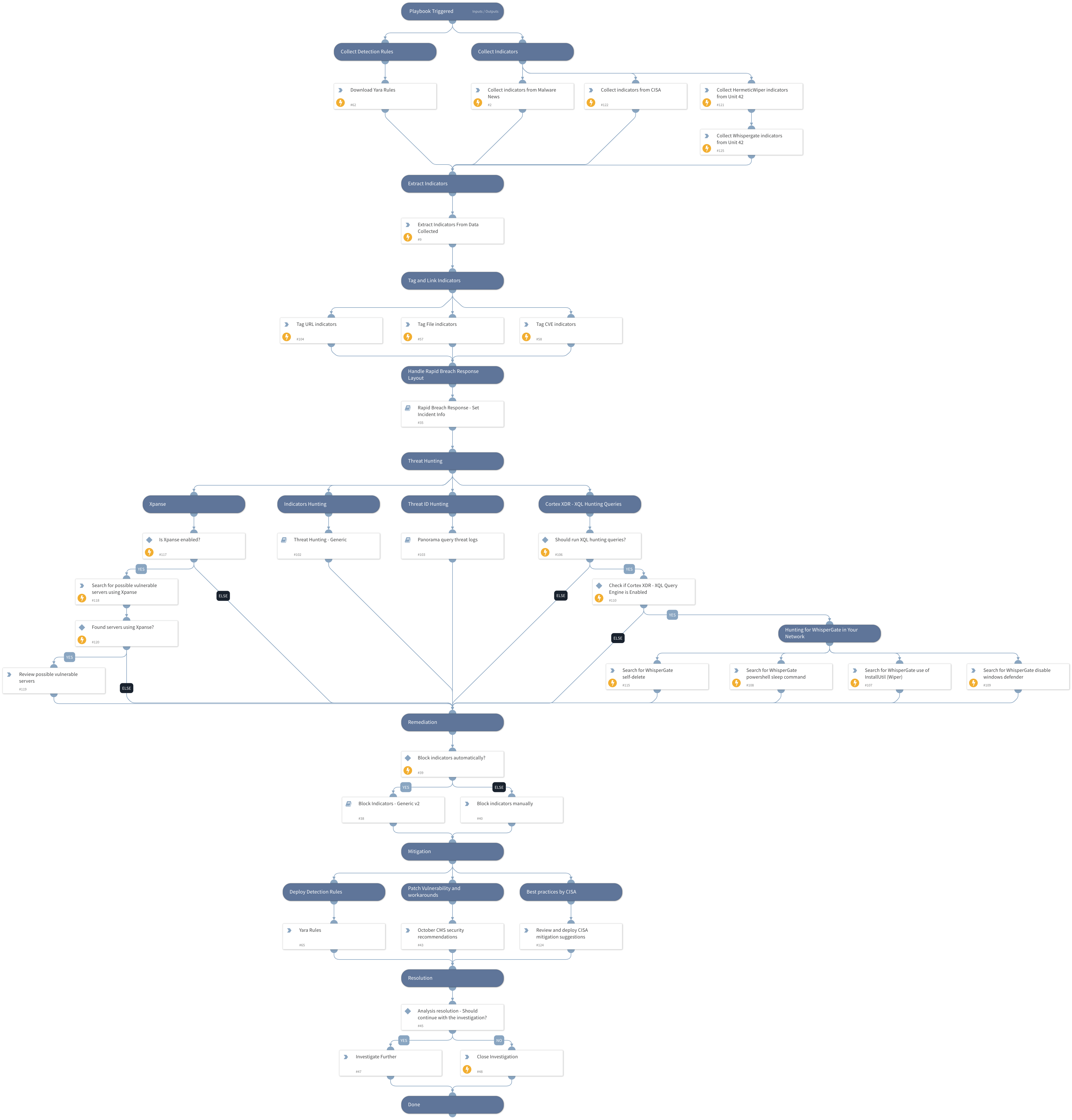